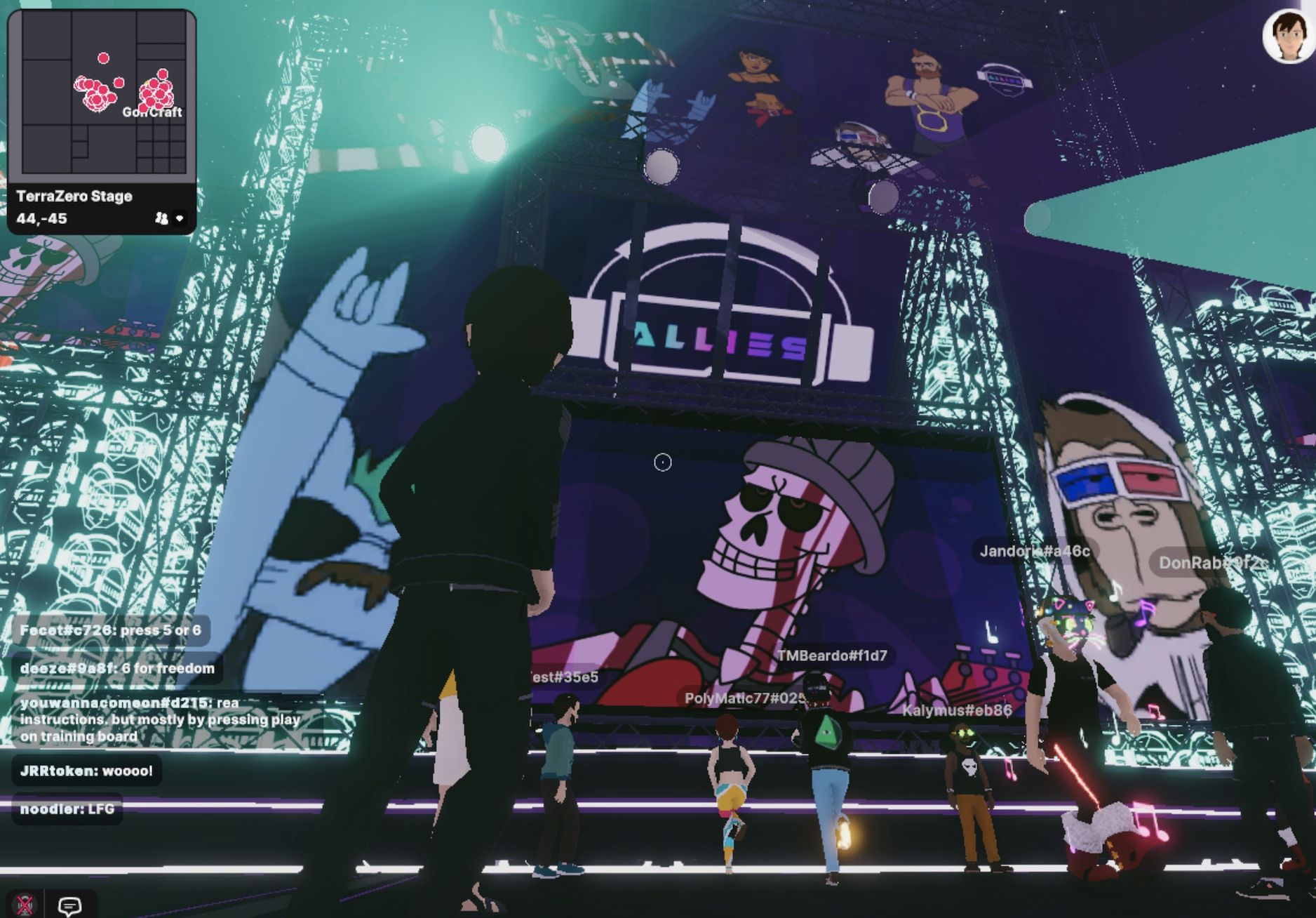 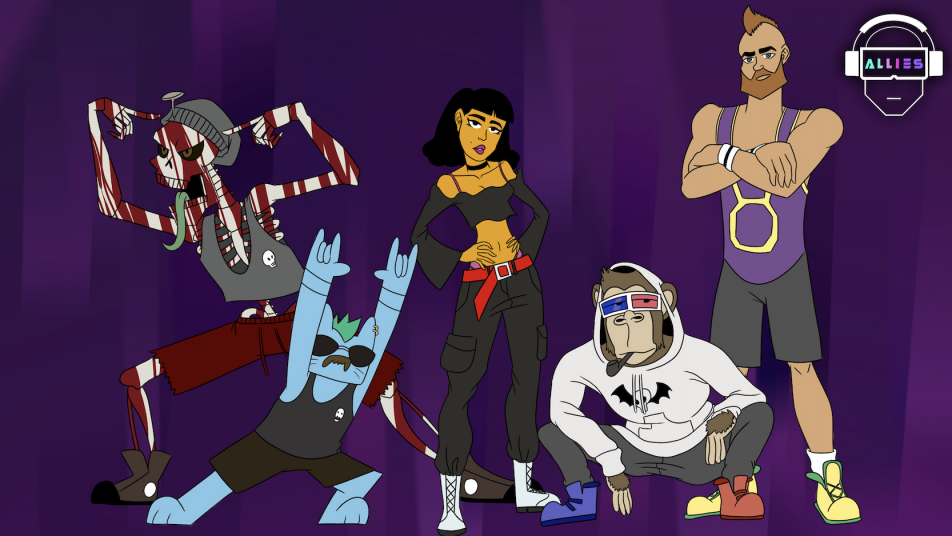 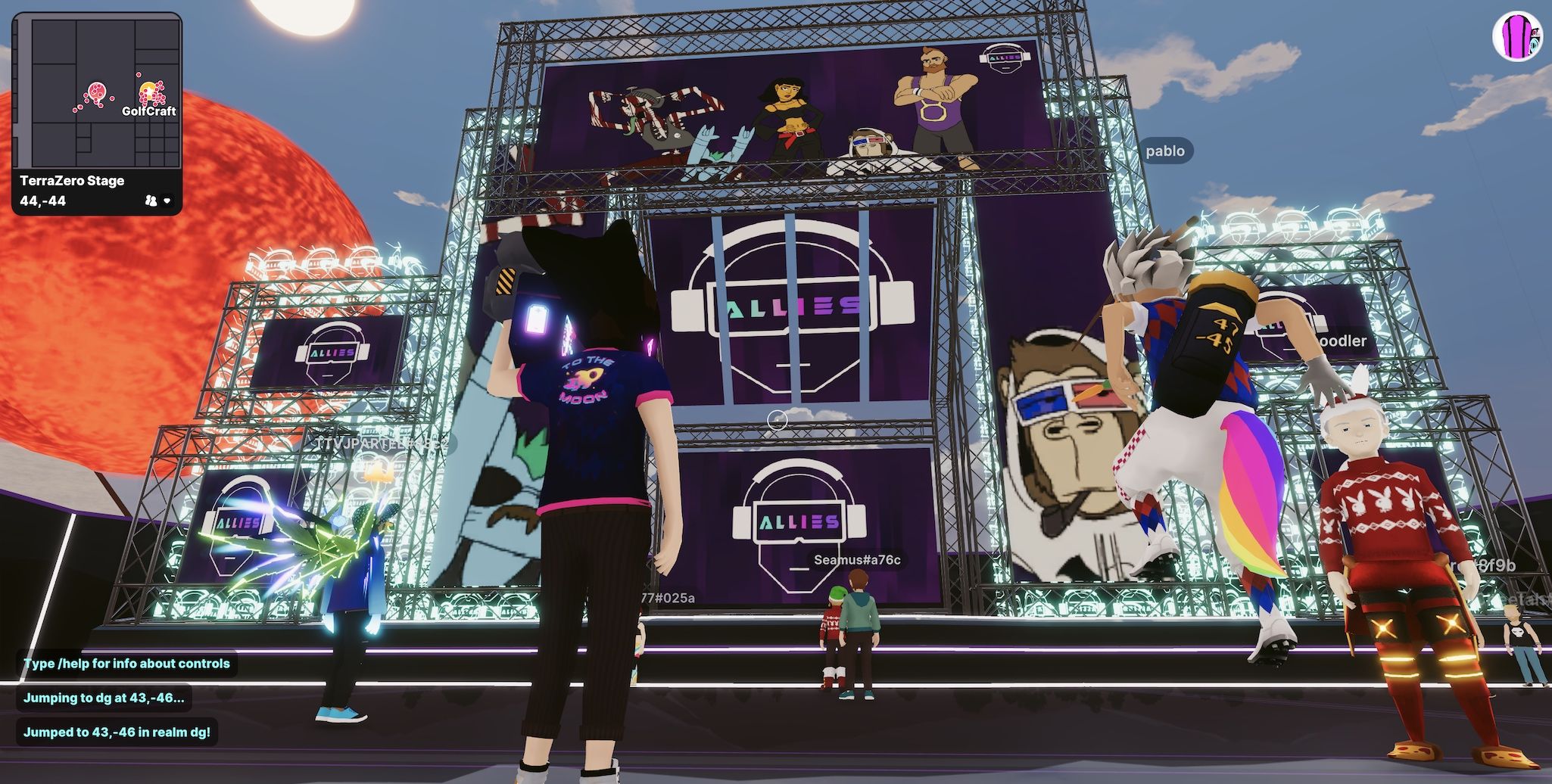 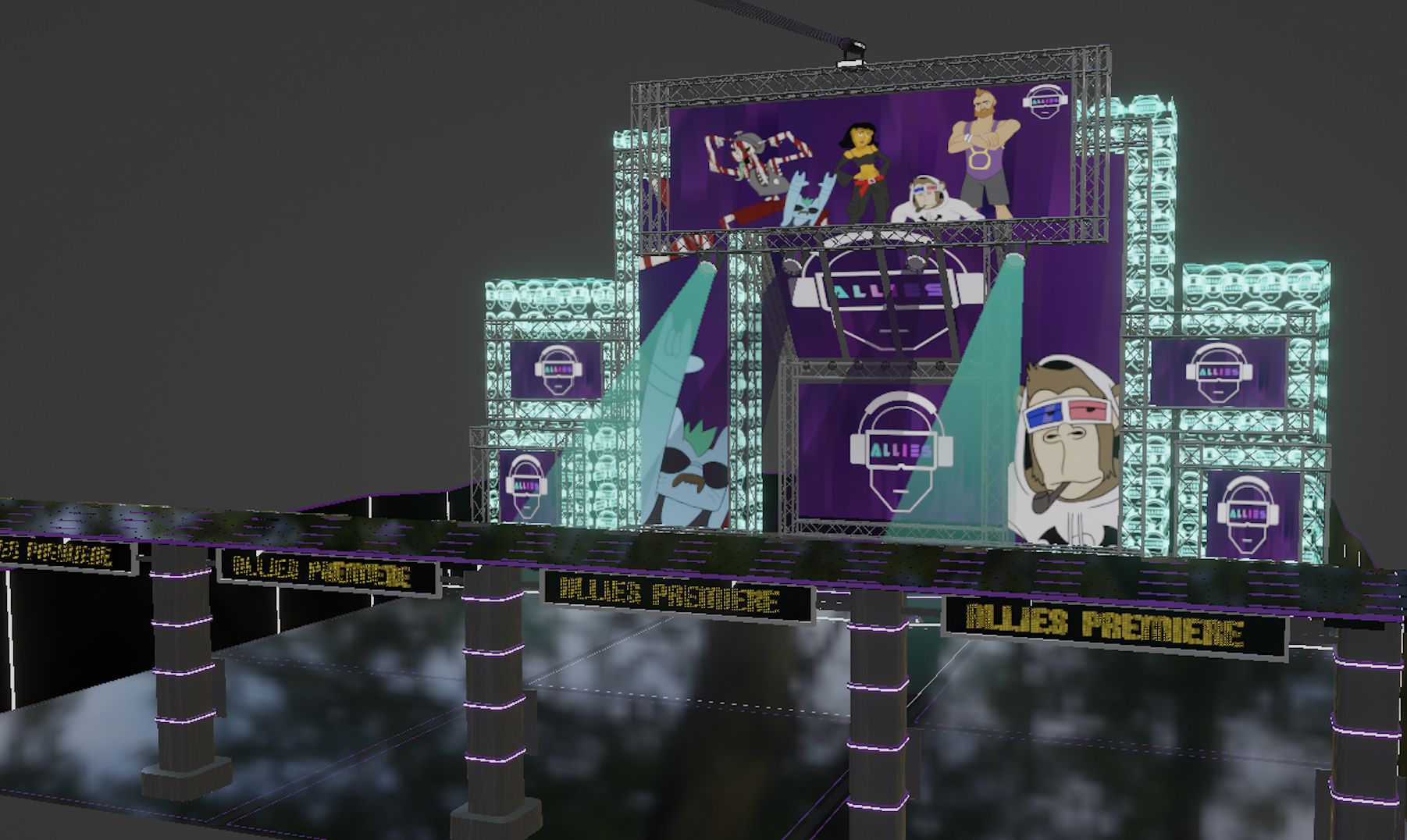 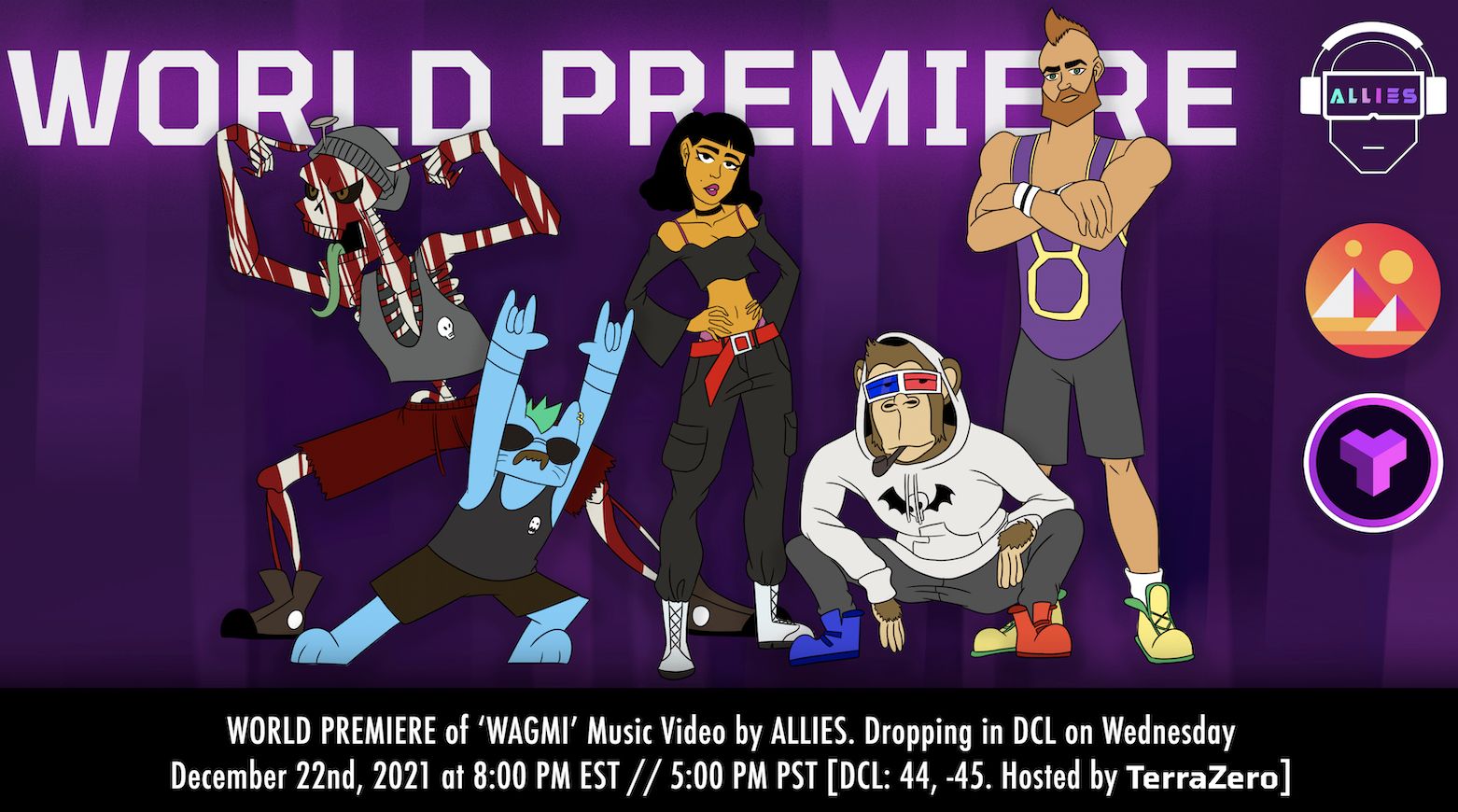 The project, also featuring community members of World of Women and Wicked Craniums, represents a first-of-its kind creative and musical collaboration between some of the top NFT communities
LOS ANGELES - Marylandian -- v"WAGMI", the debut release from the Metaverse's first NFT band, Allies, premiered yesterday Wednesday December 22, 2021 at the new TerraZero Entertainment Center in Decentraland, located at 44, -45 (direct jump to location here). The release and accompanying original animated music video produced by Confidential Creative marks a series of breakthroughs for NFT-powered and Metaverse-leaning entertainment. It is the first band made up of entirely NFT characters and personalities, and also represents the biggest cross-community collaboration between several of the most famous communities in the space: CryptoPunks, Bored Ape, Cool Cat, World of Women, and a Wicked Cranium.

"Allies is a music group made up of static on-chain assets that integrate NFT communities through performances, shows and events in the metaverse," shared band co-founder and drummer Cheetah. "WAGMI, short for 'We Are All Going to Make It,' is meant to be a celebration of the NFT and Metaverse worlds, while also rallying more people to join in on the fun, community, and creative potential."

More on Marylandian
The band is led by guitarist Deeze (representing Bored Ape Yacht Club), owner of the Deeze Gallery, which is depicted in the music video and notably features one of the most valuable collections of NFT art in the world. Other band members are songwriter/drummer Cheetah (CryptoPunks), who is coming off of working with GFunk and Beanie at Pixel Vault on the debut edition of PUNKS Comic; keytar player Kibbee (Cool Cats); bassist French (Wicked Craniums); and, singer Lola (World of Women).

"It was incredible to see everyone join and celebrate our first release of many to come," added guitarist and NFT influencer Deeze. "Special shout to the fans, Confidential Creative for the killer animation, TerraZero for the incredible custom venue build, and of course my band mates who I am honored to collaborate with."

Hosted by rising Metaverse agency TerraZero, the premiere event was the first time a music video has debuted in the Metaverse, and drew a large crowd of excited attendees. Band members and premiere organizers hope that will set the tone for continued expansion and leveraging of Web 3.0 technologies as a tool for audience expansion and revenue generation.

"We are excited to continue expanding the creative and marketing possibilities of the Metaverse," said TerraZero Chief MetaVerse Officer Ryan Kieffer. "Allies is a great band that will appeal to both crypto and general consumers, and we are excited to see the success of this event. More is on its way."

More on Marylandian
The band's character designs and original animation were directed and produced by Ryan Kieffer and Andrew Seth Cohen of Confidential Creative. The video showcases the band at their first performance, followed by them attending a gallery show at Deeze Gallery that features loads of actual NFTs owned by band members.

Additional releases from the band will be announced via their website, https://alliesmusic.io/, and twitter, @Allies_Music.  Decentraland's official event page for the premiere event can be found here: https://events.decentraland.org/event/?id=917afbaf-2c10-4ee8-b236-76276433a70c